The gameplay has a 6-button layout, but with command inputs different compared to ones in most fighting games released at the time. There are three punches and kicks for a few directions (weak, medium and strong). There are seven fighting styles featured in the game and two playable characters per style, for a total of 14 playable characters. 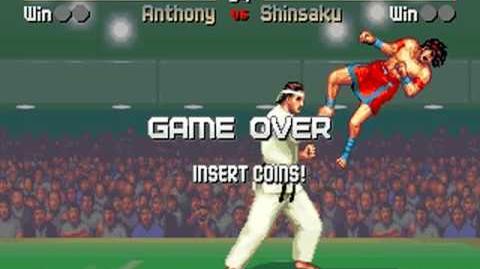