Yuiren (結連, ユイレン?, Yuiren) is one of the main characters in Daraku Tenshi. He is a cross dresser who works at the bar "Wind Fish" with his twin sister Yuiran. His fighting style relies on moving and striking quickly. Yuiren is regarded as a mid tier character, and is often picked up by beginners due to the ease of learning his moves.

Beautiful in voice and appearance, this feminine singer is actually a man. Yurien dresses as a woman and sings to attract customers to the bar. His singing has made him the chief customer getter and men from all over come to see him thinking he is a woman. Despite his gentleness Yurien is quite strong and has often played protector to his sister. 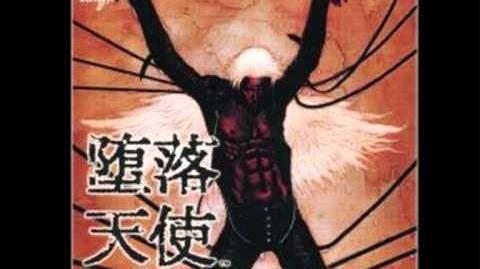 いただきます (Itadakimasu) Taunt, "I will take this one)

Retrieved from "https://darakutenshi.fandom.com/wiki/Yuiren?oldid=4203"
Community content is available under CC-BY-SA unless otherwise noted.